"This film is definitely one of the best of the year in its complex narrative
and masterful performances all around. "

Ann, a reclusive elegant lady, with an obsession for butterflies, is surprisingly befriended by the eerily beautiful young Alice. Using her seductive innocence, Alice establishes a disturbing mother daughter relationship with Ann. Lured into her twisted world, Ann soon discovers that she is not the only recipient of the girl's affections.

Confronted by Alice's other lady friends, Ann's shock awakens a dark, hidden past, unchaining a spiral of madness: a series of brutal and bizarre crimes that Ann will have to commit to preserve her harmless and deceptive appearances. The only one who recognizes there's something unsettling about Ann, is nine year old Julie, her next door neighbor's daughter.

With the inevitable curiosity of a child, Julie begins to explore the corners of Ann's apartment, discovering a dark secret hidden in the walls of the forbidden butterfly room.

No one believes what she's seen except for Ann's estranged daughter Dorothy. Horrified, she realizes that the fate of the young girl lies in her hands. To save both Julie, and herself, she must summon up the courage to confront an evil that has haunted her for years.

With special effects created by Academy Award winning AFX Studio and elegant and refined visuals, in contrast with the sickness of the story, the Butterfly Room is an all female story, an American thriller, with an European soul.

"The gothic queen has finally left her castle and mounted an onscreen comeback."

"A sick submissive role-play ensues between women of two generations, the characters seem to have no limits. Ann is a vigorous psychopath, extremely fun to follow and decipher."

"An all female dark fairytale." 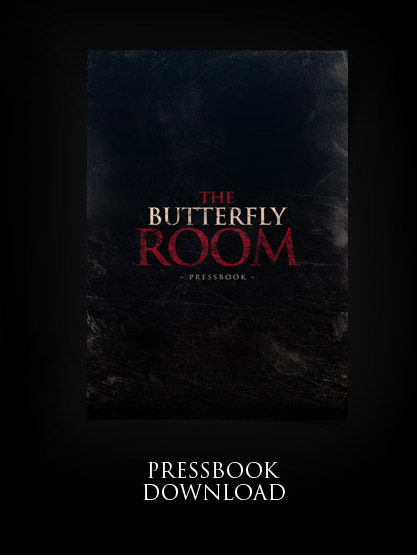 “I just realized this is the first horror movie
where the only blood you see is menstrual blood...” 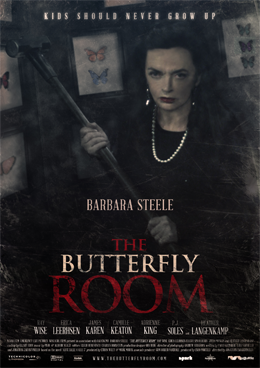